Releasing a popularly requested strain to The Strain Seeds’ store. 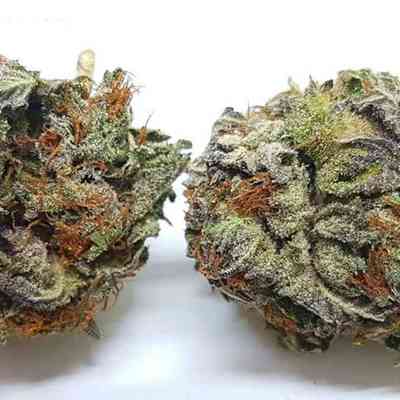 This Gelato is an Indica-dominant hybrid, which was bred from a cross between Sunset Sherbet and Thin Mint GSC. Known for its quick onset and divine dessert-like taste, Gelato has made its way up the ranks of popularity over the past couple of years. The aroma and therapeutic benefits deriving from this strain have set in stone its status with both medical and recreational growers. Fantastic strain for beginner growers, and has even more potential for the experts out there.

This Gelato strain can be grown indoors or outdoors. Having strong ties to California, it’s no wonder it prefers to be pampered in a dry and warm environment, with little wind and lots of light. Outside of the areas that fit said parameters, growers should look to treat Gelato as one best grown indoors or in a greenhouse. However, some good news for outdoor growers: Gelato has a harvest time of around the end of September. Because of this, you’re able to harvest your buds before frost strikes in colder regions.

Additionally, if using the latter tips and grown in a good environment, one can expect even higher yields both indoor and outdoor. Gelato shares the common growing characteristics of many hybrids. In other words, it tends to stretch both upward, and outward. This hybrid is quite easy to trim, due to the spacing between its branches.

Gelato’s effects produce euphoric highs accompanied by strong feelings of relaxation. Most say the physical sensation comes on strong, however many still find themselves mentally capable enough to stay productive and creative during the day. Novice consumers may want to approach this high THC strain with caution, but those armed with a high tolerance will be delighted in the heavy-handed effects provided by this strain. Gelato gets its name from the dessert-like, fruity aroma it smells of.

Medicinally, Gelato has great value in its ability to treat chronic aches and pains with its powerful numbing effects. This strain comes with an elevation of mood and can also offer temporary relief from the troubling symptoms associated with depression, anxiety, as well as PTSD. Some patients use it to alleviate headaches and migraines as well. Gelato can be decently potent, even for experienced cannabis users; newcomers should temper their consumption accordingly. With that said, because of the inherent lack of intense cerebral effects, this strain is very unlikely to put users into a paranoid mindset.

Check out the strain’s dedicated page on our website.